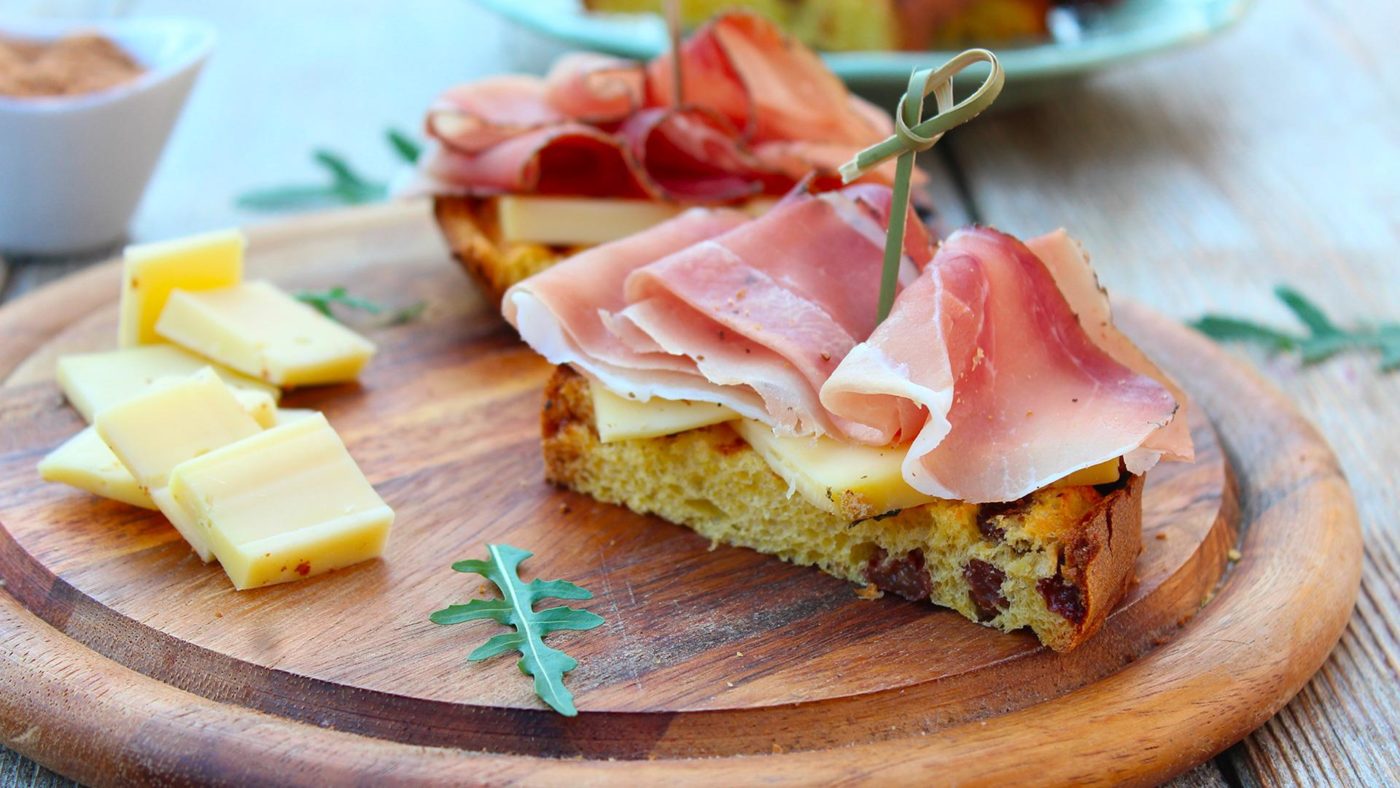 The other side of Panettone

If you have some leftover panettone or you want something special, try making it into a sandwich. Here is the recipe.

INGREDIENTS:
For 1 person: 2 slices of panettone, 1 dab of butter, mix of powdered spices including, salt, ginger, cardamom, coriander, black pepper, cinnamon, nutmeg, paprika, aniseed, cloves and fennel (I used the Incanto di Natale mix by Denota), a slice of “prato fiorito” or “latteria” cheese, or any salty Asiago cheese or your favourite (even sheep’s milk cheese goes well), a few slices of speck

DIRECTIONS:
In a small pan melt the butter with a pinch of the mixed spices (if you don’t have them, salt, pepper and nutmeg will do). Brush one side of the panettone with the spiced butter, put it under the grill or in a toaster for about 2 minutes and/or until it has browned.
Let it cool for a few minutes so that it dries slightly and has a crunchy crust. Layer the buttered side with the cheese and speck and serve
#Bonappétit

In the photo:
Handcrafted, naturally-leavened panettone by Denota
Antique green, ceramic plate by Denota
Salt and spices in a jar by Denota